Rapid Prototyping – How To Make It Work For You

Rapid prototyping involves the creation of a sample or a test version of a product in a short span and validating it with users. In other words, it is a proof of concept which allows its creators to verify whether the process of production is on the right track. By being a ‘rapid’ process, it implies that this style of prototyping is a basic, quick, and cheap way to validate ideas during the creation journey, as against testing a near-complete version.

The biggest takeaway of the rapid prototyping process is that the design team gets a user-validated direction to work on, which results in a product that gives wholesome value to its users.

The design team creates a prototype by drafting samples of workflows or overviews of other core processes either on paper or as basic digital versions. The feedback gained from testing these prototypes leads to multiple iterations. The best and most feasible results are used to build micro-interactions and devise the near-final look, feel, and functionality. This is the version that is then handed over to the development team.

There are 3 stages in this process, which are cyclic in terms of functioning.

First, it’s prototyping, which involves creating a working, demonstrable model of the idea.

Next up, the prototype is reviewed by stakeholders and tested with users to obtain their feedback. The test results and the reviews are brought in to be analyzed by the designers. There may be instances where the stakeholder reviews and the user test feedback are not on the same page – this is where the designers bring in their perspective to guide the development in the right direction, i.e. the one which fulfills user needs and business goals.

Using the feedback gained from the user reviews, designers refine and improvise the workflows. This makes way for the next design iteration.

You may also like this article: Discover the Prototyping Method that Works for You

There are several prototyping techniques to choose from – from crude or refined to low or high fidelity, depending upon the project you have in hand, its budget, and the stage of development it’s currently standing at. To make sure you pick the right one, try answering these questions and make the choice.

This is a crude method recommended for the earliest stages where the design direction is vague.

In this method, simple screens are drawn on paper and configured to mimic a digital interaction using minimal time. A common practice for testing these prototypes is to have one person play “the product,” switching the sketches according to how the user behaves.

Rapid prototyping with paper sketches works well since this method can be quickly implemented in initial brainstorming meetings where the team has to come up with varied ideas in a short duration. The good ones can even be stored as references for future product building.

On the downside, paper prototyping remains a poor substitute for a digital version and relies heavily on the user’s imagination. Therefore, these are best used in the initial stages.

This is used to test more realistic and solid ideas at an advanced stage of development.

Digital prototypes are the most common form of prototyping. These are built to be realistic enough to accurately test most interface elements. Specialized software or even apps like PowerPoint or Keynote may be used to create basic designs of these, and they are easier to produce than HTML versions.

Digital prototypes are realistic and can be used in user testing within an environment comparable to the final product, depending on fidelity.

On the downside, paper prototypes may have the edge in terms of speed, but if you want a computerized interface, digital prototypes are faster than HTML. Speed varies from app to app, but most have user-friendly interfaces and features like interactive elements or drag-and-drop.

Dos and Don’ts of Rapid Prototyping

Pitfalls to Watch Out For in the Prototyping Process

Be clear with what you want to create.

With prototyping, it’s never a good idea to “go big or go home”. Start small, and have small goals in place. Pick a particular workflow you have in mind and set out with drafting it.

Don’t be stuck on the very first idea that pops in your mind.

Sometimes it’s natural to feel like your very first idea is a major breakthrough in the design world. As irresistible as it may seem, push yourself to create different outputs using different perspectives.

Don’t worry too much about the aesthetics.

There’s no point in investing a lot of time in beautifying your prototype – remember, you want the elements to function well at this stage. Making it look pretty is something you can always do later.

Prototyping should not be a solo activity.

Sharing makes the process worthwhile. Prototyping can be next-level fun when the entire team involved in creating them. The magic of prototyping only works well when there are a lot of different perspectives and brain waves involved.

Rapid prototyping is a sure-fire way to achieve design success. If done right, it can save you resources, time, and money, and gain you some well-deserved praise. Remember to prototype quick and often throughout the design process, and your results will say it all! 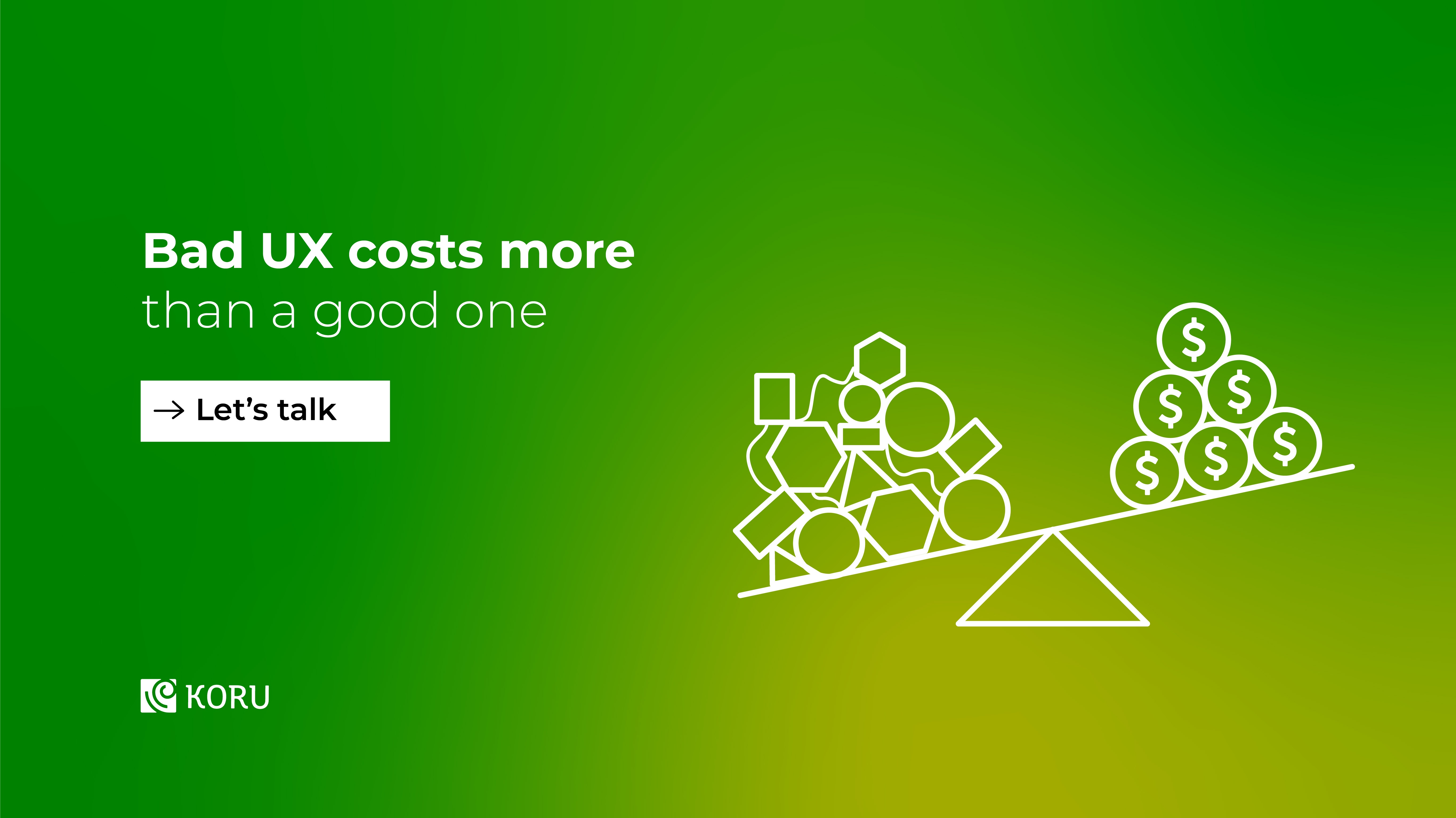 Kshitij is a VP of Experience Design at Koru. He is a passionate, self-organized individual who loves to practice lean UX for enterprise products. When he is not solving UX problems at home, he can be found soul-searching in the hills and gather great coffee blends to keep him supercharged.